I'm a freelance writer and editor with more than 30 years of experience ranging from editing community news for The Houston Chronicle to ghostwriting and editing nonfiction books for The Writers For Hire, Inc. As a freelance writer (since 1998), my projects have included writing newspaper and magazine articles, along with writing press releases, blogs, newsletters, brochures and website copy, Request for Proposal (RFP) responses, and social media posts. I have a bachelor’s degree in journalism from Oakland University. 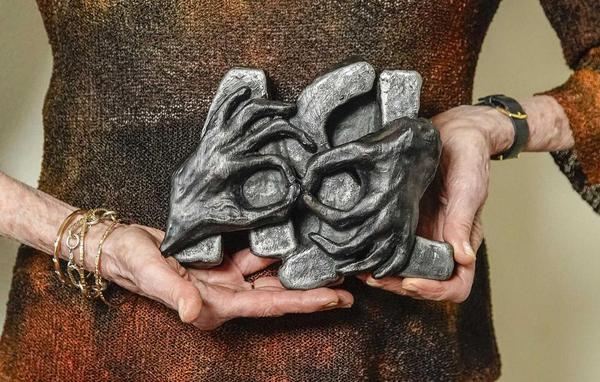 This is a carousel. Use Next and Previous buttons to navigate Mastering American Sign Language is much more than memorizing gestures, volunteer instructor Sheila Johnstone says. The language is practically an art form. “It’s so expressive that it’s almost impossible to misunderstand,” the Tanglewood-area resident said. “All of the dynamics and emotions are there. You never say, ‘Oh, I wonder what they meant by that.’” And for her, there’s something extremely satisfying about helping others le 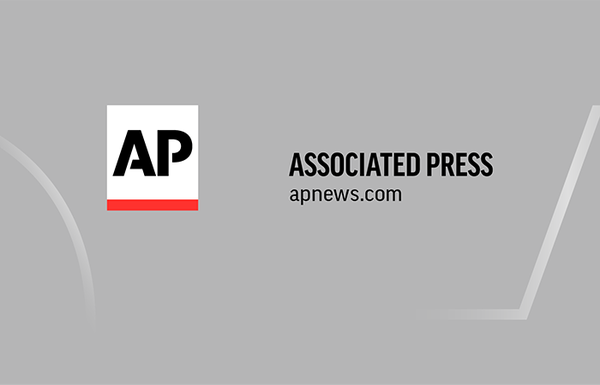 Three years since nonprofit organization Be An Angel started offering free American Sign Language classes in Houston, plans are in the works for a reunion. The gathering will be for those who have completed all three levels,- beginning, intermediate and advanced - of the ASL classes, which are taught to hearing persons by volunteer instructor Sheila Johnstone. Currently, the advanced class has 100 alumni. “They’re always wanting to get together,” Johnstone said. “They’ve bonded so well; it’s 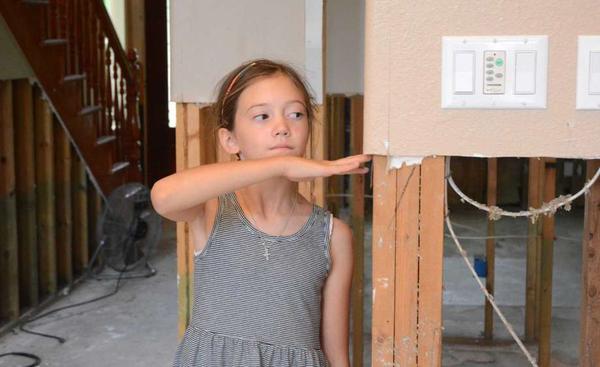 Residents still feeling effects of the high water The storms and high waters that greater Houston experienced April 18 hit the Humble, Kingwood and Lake Houston areas hard. Some of the worst home flooding occurred along around the lake off Hamblen Road in the 77338 ZIP code, Humble Area Assistance Ministries reports, but homes throughout the area were affected. And for the residents whose homes took in water, the impacts are ongoing. When Kyle Sadler's 7-year-old daughter, Zoe, overheard him 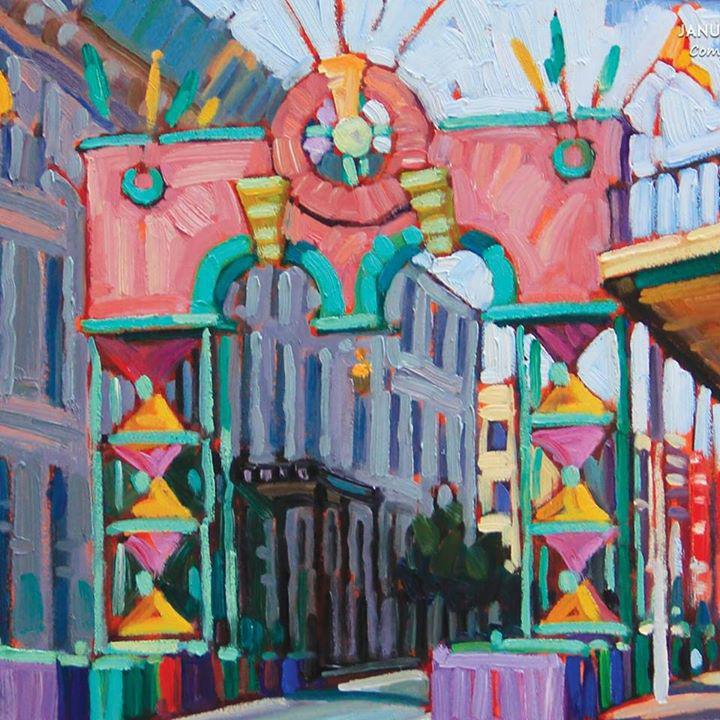 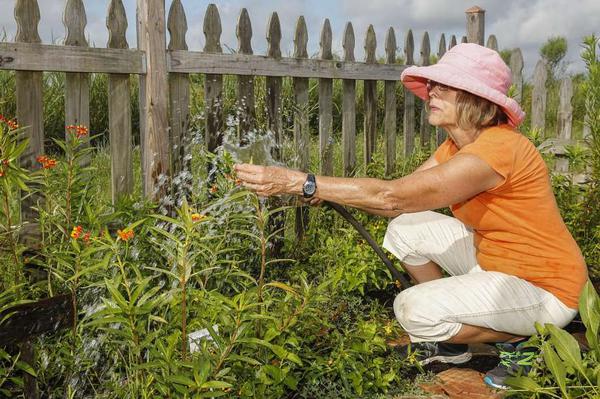 Start studying the habits of the rapidly vanishing monarch butterflies and it is evident that these orange-and-black insects, just like people, have varying tastes in food. So, while all monarchs lay their eggs on milkweed plants, which provide food for the caterpillars, different monarchs tend to gravitate toward different milkweed species. With the monarch population in decline, along with the milkweed plants that they rely upon, providing as many milkweed options as possible could go a long 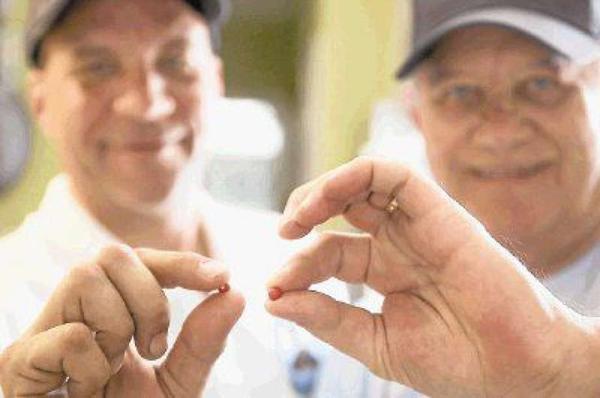 Can a lure sound tasty to fish?

Not only did Malone create the lure, he later learned that the device he invented mimics the natural vibrations of the creatures that fish like to eat such as crayfish. Anglers’ satisfaction with the lure’s results led to the establishment of Clear Lake-based Bayou Rattler Products LLC, which started selling products in January. The business is backed by Malone’s longtime friend, Shelby LaCroix, and managed by Shelby’s son, Trey, both of Clear Lake. After spending nearly two years laying the 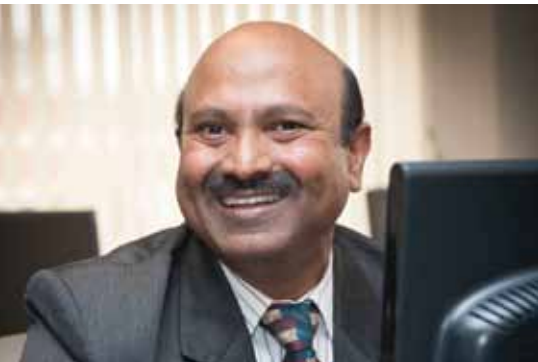 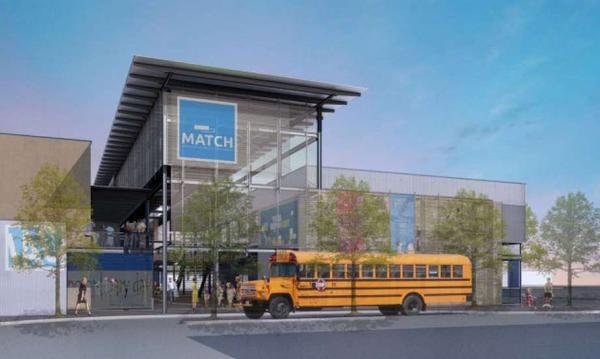 DiverseWorks Executive Director Elizabeth Dunbar sees the arts complex planned for Midtown as more than a community resource; she sees it as a key to fueling more redevelopment in that area. "It really signifies a culturally sophisticated city," Dunbar said. "I'm sure it will bring more restaurants and businesses to the area, along with residents who want to be nearby." The idea behind Midtown Arts & Theater Center Houston is to provide a central home for Houston's small and mid-size arts orga 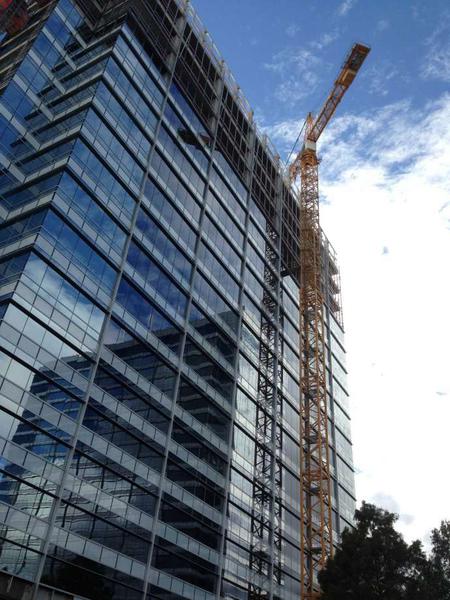 As area business and residential growth intensifies, Houston's Westchase District has sought to be proactive through multiple projects, said Jim Murphy, general manager. The district's current projects include renovations to the T intersection at Westcenter and Westpark that are nearing completion. The project will add a left-turn channel to the median of Westcenter where drivers can turn east onto Westpark with the help of a signal. The channel will be a lane that is offset from the main traf 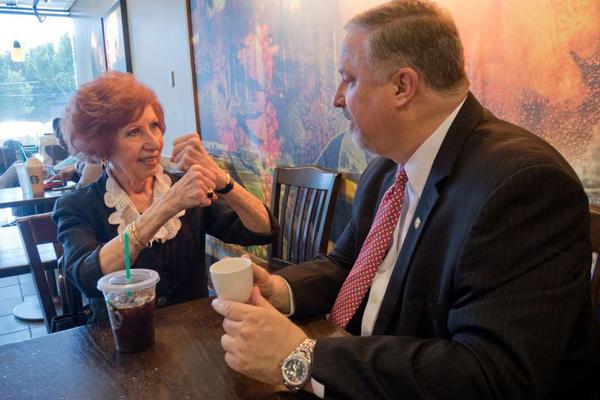 Three years since nonprofit organization Be An Angel started offering free American Sign Language classes in Houston, plans are in the works for a reunion. The gathering will be for those who have completed all three levels,- beginning, intermediate and advanced - of the ASL classes, which are taught to hearing persons by volunteer instructor Sheila Johnstone. Currently, the advanced class has 100 alumni. "They're always wanting to get together," Johnstone said. "They've bonded so well; it's 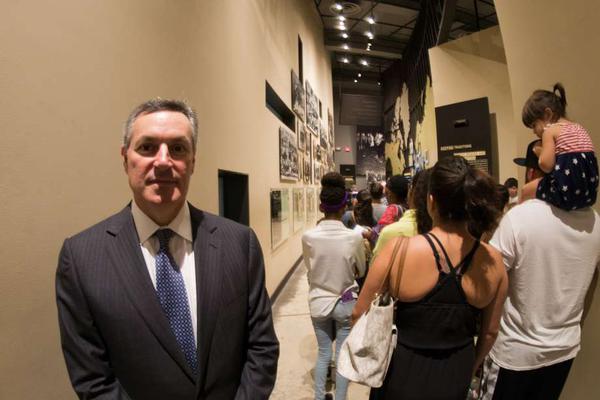 New chairman has connection to Holocaust museum For board chairman Gary Markowitz, the Holocaust Museum Houston always has been much more than a collection of artifacts or a means of preserving a specific chapter in history. The museum at 5401 Caroline connects visitors with critical lessons from the past, the Bellaire resident says, and highlights the ongoing importance of compassion, courage and social justice. "I think the perception, unfortunately, is it's a Jewish museum that's strictly 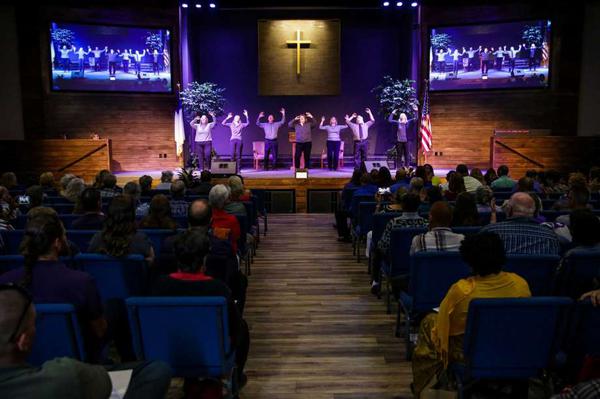 Woodhaven Baptist Deaf Church, 9920 Long Point, is now holding services in a newly renovated worship center with a vibrating floor, special lighting and three screens that display magnified images of communication in American Sign Language. The church held its first services there in mid-November, after two years of fundraising and construction. "It feels great," said the Rev. Arthur Craig, senior pastor. "The visual system is so high tech. It's going to take a while to get everything tweaked.
Houston Chronicle • 22nd January 2018

Construction is now under way on new buildings for Parker Elementary School and Booker T. Washington High School. Parker and Washington are among 40 Houston Independent School District schools that were slated for major repairs or building replacements when voters approved the district's $1.89 billion bond program in 2012. The schools had ground-breaking ceremonies in April and are expected to be completed in time for the 2017-18 school year. The $29.5 million Parker building at 10626 Atwell 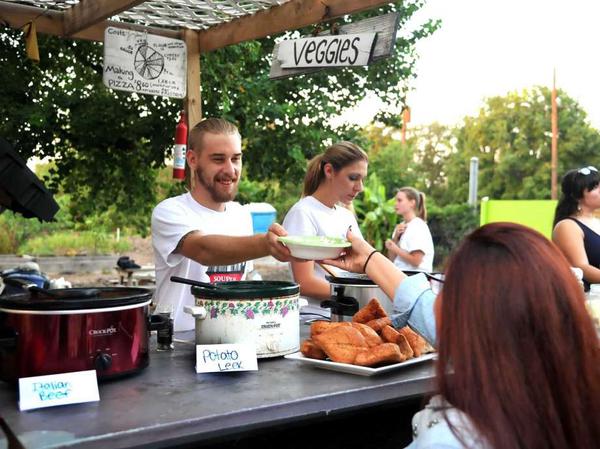 Volunteers from the Cy-Fair area and throughout Houston have started pairing comfort food with what they consider food for the soul: helping others. The result, a crowd-funding program called Souper Houston, raises small grants for Houston-area nonprofit organizations and startup businesses. It has awarded two micro-grants since it organized in August. "It seems like a dream," said founder Monika Barker Cassell, a west Houston resident who grew up in Cypress. "It's a lot of work; we're in a le 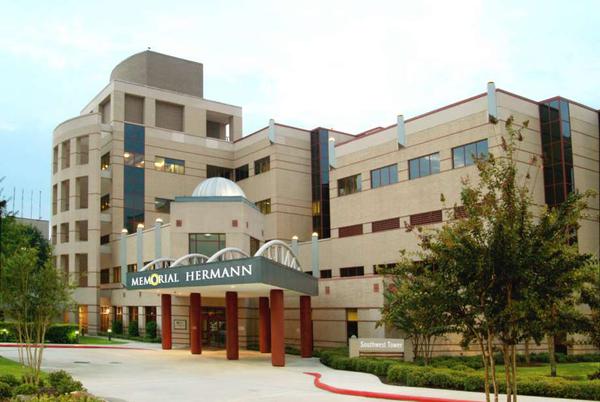 After years of handing operations and governance for Memorial Hermann Northeast Hospital, the Hermann Health System will soon own the 255-bed facility. The system recently committed to buy the hospital at 18951 Memorial North in Humble and to add a five-story patient tower to the site. "As we project where health care is going, this positioned us to have the most flexibility possible to serve the community," said Heath Rushing, hospital CEO and senior vice president. The trend in health care 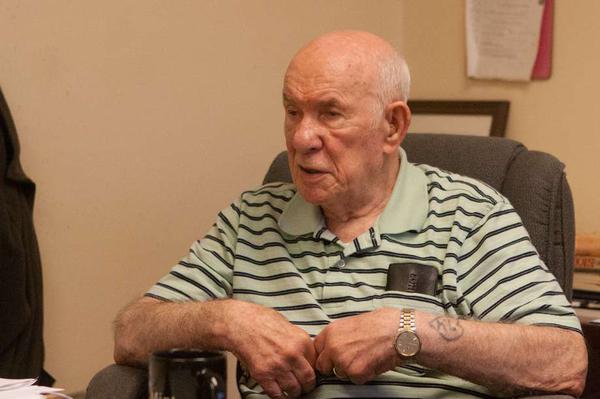 Holocaust survivor says sharing his story painful, but important Leon Cooper is not one to shy away from sharing his experiences from the Holocaust. What's most important, the southwest Houston resident said, is keeping that chapter of history alive. "The more people who hear our story the better so it never will happen again," he said. Born Leon Kupczyk, Cooper, 84, was a boy when Nazi Germany invaded his native Poland. During the next five to six years, he endured ghetto life, separation f 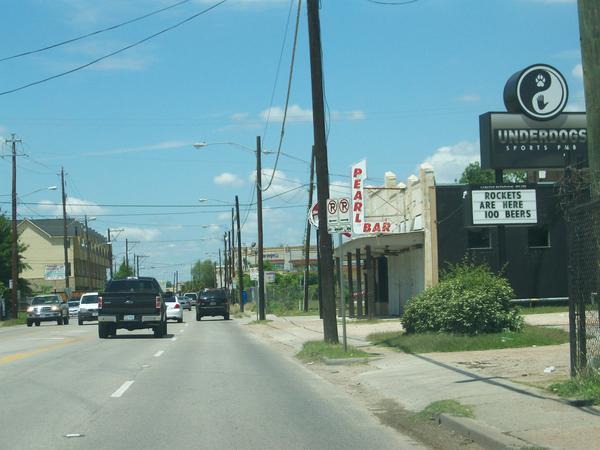 Now that Houston City Council has approved a pilot parking benefits district for the Washington Avenue corridor, city officials are vetting candidates for a district advisory committee. The Washington Avenue Corridor Parking Benefit District, which was approved by council members Dec. 12, is expected to be operational by the spring. Bounded by Houston Avenue, Center Boulevard, Lillian Street/Decatur Street and Westcott Street, the district will deploy parking meters, pay-by-phone technology an 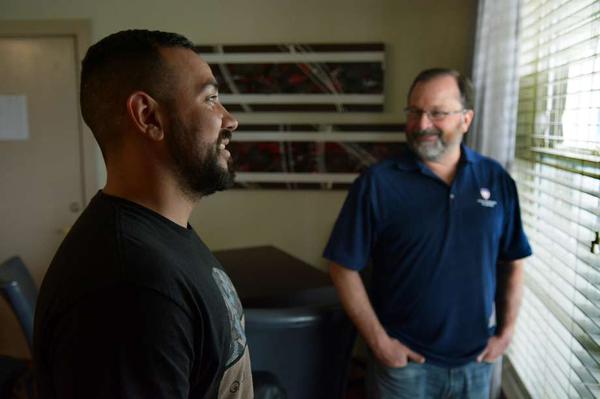 Veterans suffering with PTSD have place to turn in Camp Hope

Veterans suffering with PTSD have place to turn in Camp Hope When Joshua Castro completed his Army service, including 1½ years in Iraq, he found himself struggling. "I was in Iraq between 2007 and 2008," said Castro, who was a sergeant when was discharged. "I saw guys blown up. I lost guys. And I was having a lot of problems trying to acclimate. I was self-medicating." Castro, 31, was affected by Post-Traumatic Stress Disorder or PTSD, a psychiatric disorder caused by experiencing or wit ness

Wednesday, April 06, 2011 - New entrepreneurship minor develops skills to find, launch successful ventures Long before they start drafting a business plan, budding entrepreneurs at Oakland University soon will be researching, testing and fine-tuning the ideas that one day could result in new businesses. That systematic approach will be key to Oakland’s new entrepreneurship minor, approved in March and scheduled to launch its first classes this fall. Oakland’s School of Business Administration
Load More Articles